How can we help?
Click to chat live with one of our team

The Bank of England Monetary Policy Committee has met widespread expectations by raising interest rates to their highest level since 2009 as it attempts to crack down on relentless inflation in the UK.

A 25bps increase shifts the Bank Rate to 1% - the threshold at which the central bank indicated its plans to begin quantitative tightening, including the selling of some government bonds bought under its quantitative easing programme. 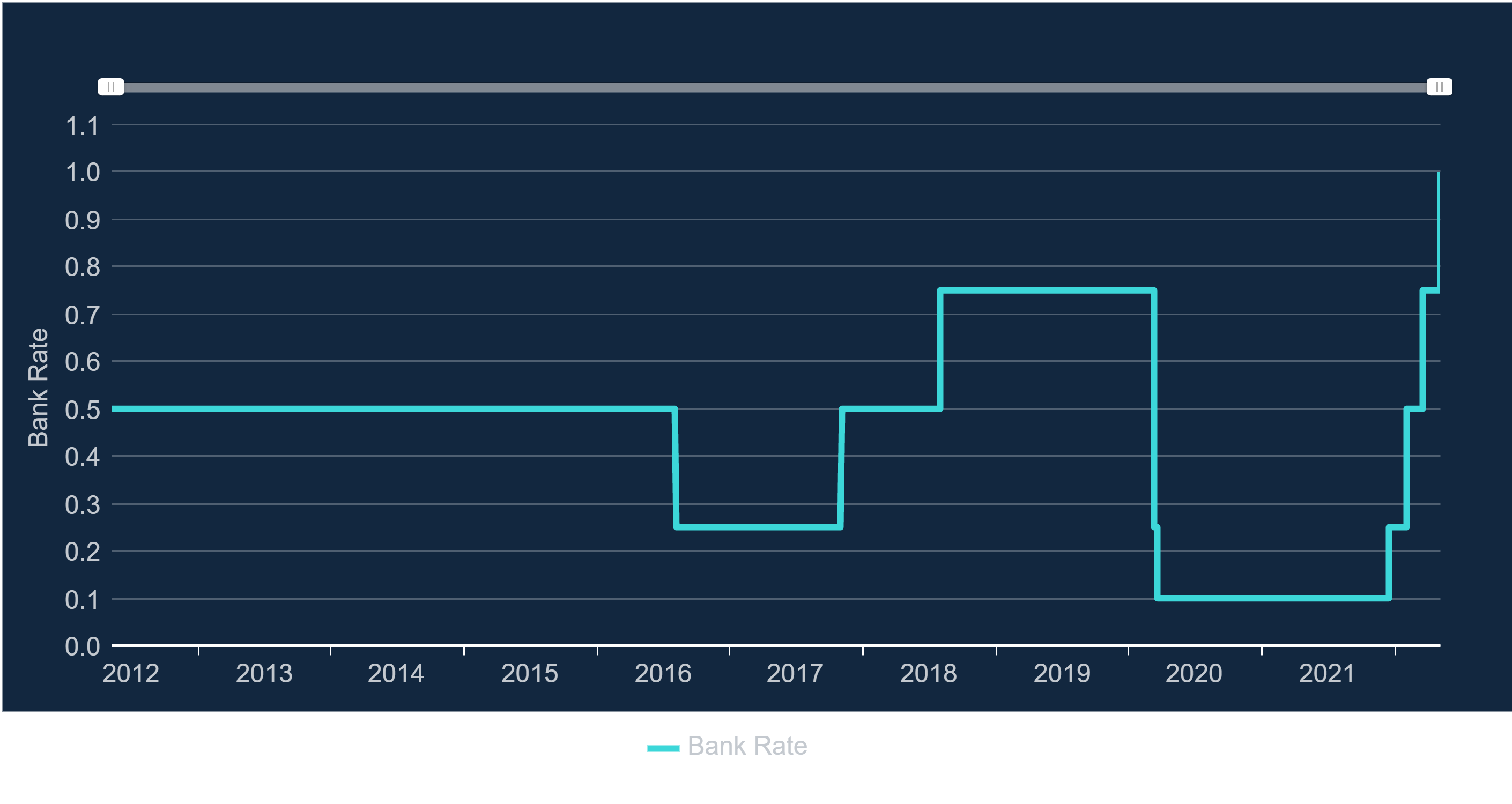 The move follows in the footsteps of the Federal Reserve’s decision to hike its benchmark rate. Yesterday the Fed chose to raise the key rate in the US by half a percentage point – the biggest rate rise in years. Keeping up with the pace of the Fed is crucial in order to uphold the level of the pound against the US dollar.

Inflation is expected to rise to 10% this year, way above the target of 2%. Russia’s invasion of Ukraine is largely to blame with prices of energy and petrol climbing since the war. The fallout from COVID-19 has also led to a surge in the cost of goods and services. These factors will likely see further bank rate increases in the coming months.

Despite the soaring cost of living and interest rates rising, savers are eroding their money by leaving it to languish in low-paying accounts. According to the Bank of England Money and Credit Report for March 2022, there is £263bn sitting in bank accounts paying no interest at all.

Commenting on the Bank of England data, Mark Hicks, Head of Bank Partnerships at Flagstone said, "Many savers have their money sitting idle in accounts earning zero interest. This year the average fixed-term interest increased from 0.36% in December 2021 to 0.92% in March 2022. With interest rates creeping up, it’s worth shopping around for better deals to soften the blow of inflation."

With inflation peaking, switching to better savings deals is important to make every penny count. To avoid missing out on extra interest income, savers can adopt a savings platform to remove some of the legwork of opening multiple accounts. Flagstone lets you easily move cash around, chase better rates, and manage multiple savings accounts in one place.

For more information on how Flagstone can help you grow your savings, speak to us today.

Bank of England raises base rate to 2.25% to stop spiralling inflation

İşbank becomes the latest bank to join the Flagstone platform