Brexit - What does it mean for interest rates? 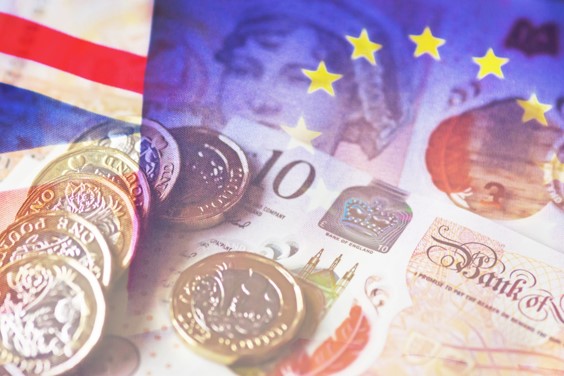 More than three tumultuous years after the UK’s EU referendum set ‘Brexit’ in motion, our ‘scheduled’ departure from the European Union on 31 October has again been postponed.  The news of this extension to 31 January 2020 saw the pound strengthen slightly, but volatility, born out of the underlying and ongoing uncertainty, persists. That uncertainty continues to shroud consumers' understanding of what the future holds and the question for many is  –  how will Brexit affect my personal finances?

The answer to that question is very much dependent on the Bank of England base rate. The base rate affects mortgage and borrowing rates, savings and interest rates and the wider economy.

If the base rate rises this can boost savings rates but can have an adverse effect on loans and mortgages as the cost of borrowing increases. Conversely, if the base rate is lowered, mortgage rates could decrease, although savers would likely earn less interest on their deposits.

The Banks’ monetary policy committee (MPC) sets the base rate in response to factors such as inflation, economic growth and the volume of consumer spending.

The Bank of England aims to keep inflation close to its 2% target. To achieve this, they predict how much people will save versus how much they will spend. The lower the base rate, the more people tend to spend, which fosters economic growth and increases inflation. Although, the MPC must strike a balance to prevent inflation from rising above target.

So, the question is, how will Brexit affect the Bank of England base rate?

In the lead up to the 31 October deadline, the MPC’s base rate decision-makers were not forthcoming with information about what rate changes could be on the horizon. It’s likely they will take a reactive approach to the initial outcomes of Brexit, which will be dependent on the circumstances surrounding the UK’s departure from the EU.

While nobody can be certain of the impact that Brexit will have on the economy, past events can be a useful indicator of what to expect. For example, shortly after the EU referendum in June 2016, the value of the pound plummeted to its lowest point in 31 years. As a result, decision-makers have suggested that, in the event of a no-deal Brexit, the exchange rate is likely to be even more unfavourable to the pound.

Importantly, this would mean the MPC would be forced to review the base rate to keep inflation under control and support the economy.

A no-deal Brexit could result in the Bank cutting the base rate close to 0% and even an orderly withdrawal, or ‘soft Brexit’, it has been suggested is still likely to result in a downward base rate review in order to boost the economy.

Mitigating against the impact of Brexit

Regardless of the extent to which the Bank of England ultimately decreases the base rate, savers can mitigate against the potentially adverse effects of the withdrawal on their savings by taking matters into their own hands, and identifying the current best-in-market rates for their cash deposits, and securing those rates of return now.

The Flagstone online cash platform provides an efficient way to research and open market-leading rates with fixed terms of up to 60 months (paying 2.50% annually) for savers looking to lock their money away for the longer term, and shorter deposit periods from one month upwards, as well as instant access accounts, to enable them to ‘ladder’ their deposits and manage liquidity accordingly.

The Flagstone platform is an online deposit marketplace, with 38 banks and building societies providing a choice of over 550 deposit rates. Savers can deposit cash across multiple interest-bearing accounts on completion of a single application, using a simple, secure platform.

As such, the platform enables savers to circumvent the potentially adverse impact of Brexit on market interest rates next year and effectively take any uncertainty out of the equation as regards their interest income. To learn more about the Flagstone cash management platform watch this short video.