Five Takeaways From The Autumn Budget 2021

How can we help?
Click to chat live with one of our team

Five Takeaways From The Autumn Budget 2021

Yesterday’s Budget outlined the foundation to prepare for a “new age of optimism”. And while the Chancellor warned of challenging months ahead, he set out his vision for a post-pandemic Britain, pledging to begin the work towards a stronger economy.

1. Inflation is rising – soften the blow by utilising higher rates

The Chancellor revealed the inflation forecast, announcing a sharp surge from the OBR’s last forecast of 3.1% in September, to an average of 4% over the course of 2022.

Sunak signalled his support for an interest rate increase by reminding the Bank of England of their commitment to keep inflation low.

Given the prospect of interest rate hikes, it is now more important than ever to avoid hoarding cash in low paying accounts, in order to maximise returns and minimise the impact of inflation. Find out how you can seamlessly manage your cash portfolio by speaking to us today.

In a bid to get “growth up, jobs up, and debt down”, plans for a large spending increase in infrastructure and research and development (R&D) were unveiled, representing the fastest ever cash increase in R&D spending at 50%.

This marks the first round of bids from the Levelling Up Fund with £1.7bn invested in the infrastructure of over 100 local areas, including Aberdeen and Sunderland.

Also announced were plans to expand the scope of R&D reliefs to include cloud computing and data costs. This change in the rules speaks to Sunak’s plans to raise productivity and skills for a modern world.

To “keep this government on the path of discipline and responsibility” – or in other words – to keep a lid on debt and borrowing, four new fiscal judgements were outlined:

It’s no secret that some industries were hit harder than others over the past year. To support beloved pubs, music venues, cinemas, and restaurants, the Chancellor announced a 50% discount on business rates for the retail, hospitality, and leisure sectors.

This is the biggest single-year tax cut to business rates in over 30 years, equating to a total of £7bn.

5. Challenger banks are given a helping-hand with annual allowance boost

The Chancellor confirmed a reduction in the surcharge on banks from 8% to 3%.

Stating they are “improving banking competition, which is good for the sector and good for consumers”, Sunak also offered a break for small challenger banks by raising the annual allowance from £25m to £100m. This means they escape the surcharge until they pass the allowance in profits. 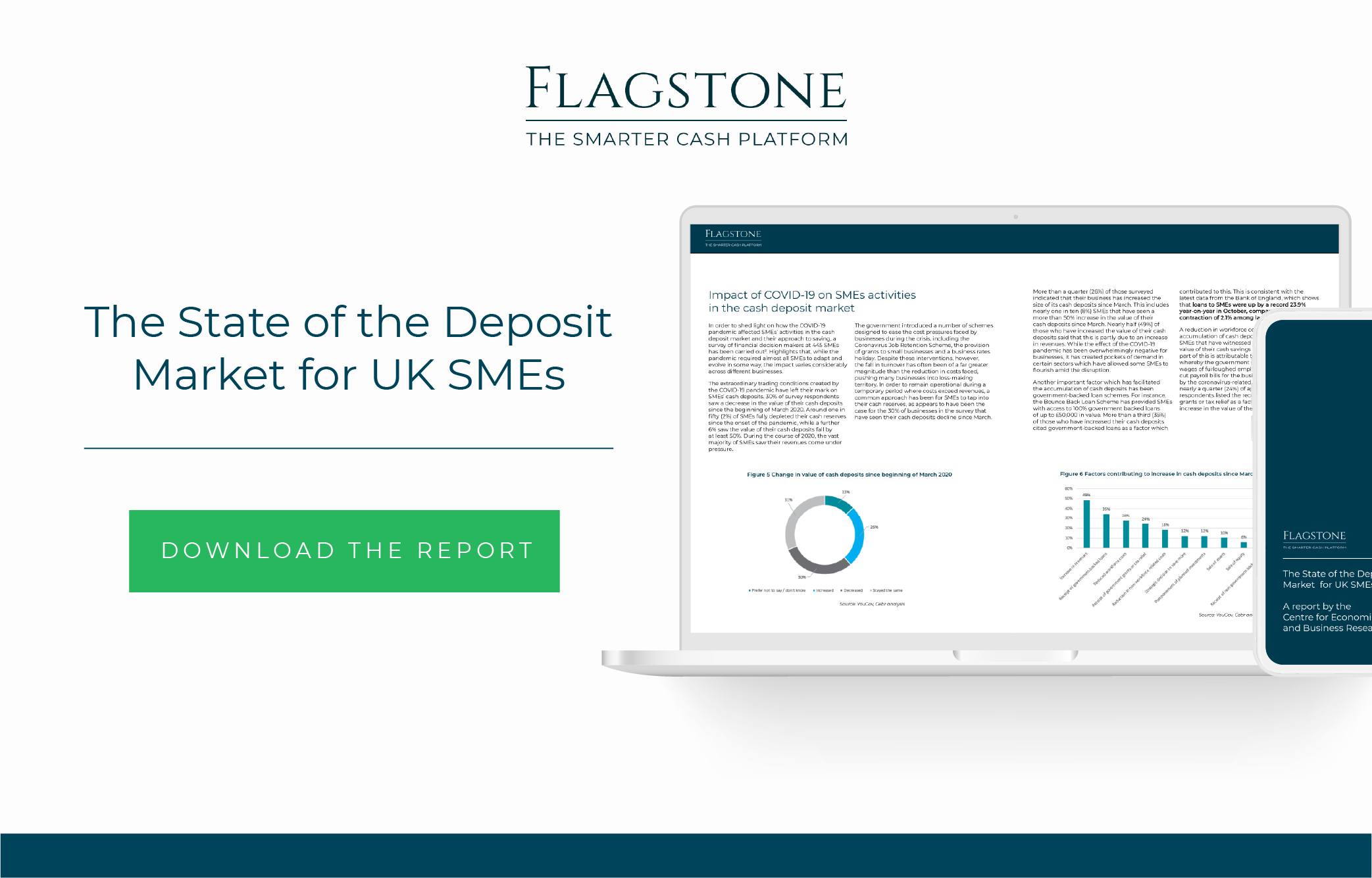 To learn about the savings landscape for SMEs, download the State of the Deposit Market for UK SMEs Report.

Grow and protect your clients’ cash with Flagstone

Five takeaways from the Spring Statement 2022

Wednesday, 23 March 2022
Read more
What would you like to do?
Let us point you to the right place
Sign in to continue my application
Continue Application
Sign into my portfolio on the platform
Please note if you opened your account via one of the following partners:
MoneySuperMarket, Moneyfacts, ThisIsMoney, Money.co.uk, MoneySavingExpert, SavingsChampion you need to sign in here
Otherwise continue below
Visit Portfolio